The September meeting was called to order by President Ralph Vankleeck at 7:07 pm.

Minutes from August Meeting were read. A motion from Roberta and a 2nd from Brenda to accept the minutes.

Old Business discussed:
-Ralph getting info on how to do online auction for the Bits that were donated by John Barker at the Fun Day.
-WRC not co-sponsoring Mounted shooting clinic with Catskill Equestrian Center at this time. Will possibly look into it next year.
-phone at clubhouse costs $8 a month to keep number but does cost more to connect and disconnect. Should put something on website that not always on with an alternative number.
-Nothing more from Ken Misner about our neighbor and tree issues.

Treasurer’s Report
– Jane paid officers insurance at total of $879.00
– Balance in account at this time was $3391.68 but reminder the raffle winnings have to be deducted from that yet also.
– Jenny has 2 checks for donations of $800 and $100 she will get them to Ralph to be deposited.
A motion to except Treasurers report was given by Marie and a 2nd by Dave.

New Business
-School tax bill of $1928 is due on September 30th. Jane will pay $964 by the due date and the balance will be paid at a later date.
– After a brief discussion it was voted on not to count the October show towards year end points.
– Jenny stated she had discussed at the September show about paying for meals for show judges and staff on show days. This is something that we should have written down as well has other things as an SOG.(Standard Operating Guidelines) Especially for newer members coming in to the club to help them understand.
– Nin asked if the emails can be switched back to say from WRC instead of yahoo mail. Some may not recognize who it is from. Also to keep more professional.
-Nancy Locke has offered to Judge October Trail Classes at no charge to the club.
-Thanks to Jesse Churchill for judging trail classes at last minute at Sept. Show.
-Jane and Ken will be setting up trail class on Wednesday before showing. And jump course will be set up Friday night before show.
-Brenda asked when can people sign up for the following year membership. It’s always been at October show you could do this. After a discussion it is noted that this should be on our SOG’s also stated in our programs.
– Ralph stated that raffle sales are going well. Approximately 300 tickets are out to members to work on selling.

Being no further business the meeting was adjourned at 8:00 pm 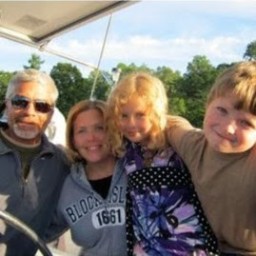 Stay up to date on all of the WRC news and information.